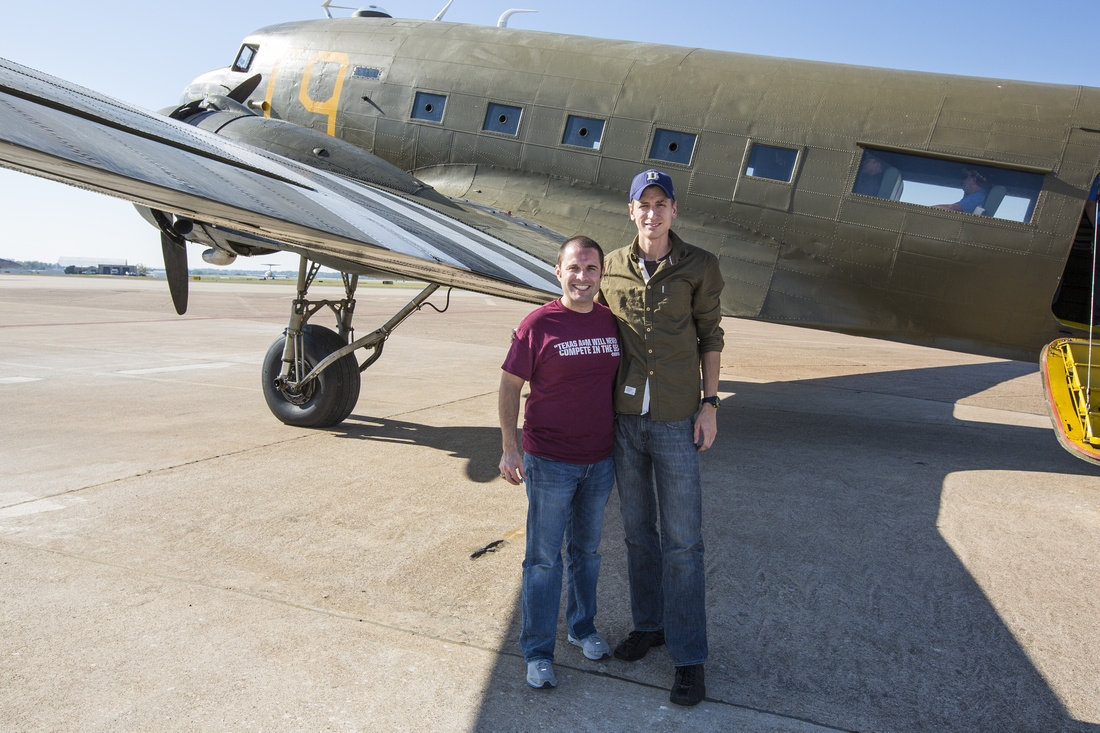 I had a fun day with my good friend, and talented photographer, Billy Wand. I picked hmm um on a crisp Saturday morning where I told hi mto wear pants, "It's gonna be chilly"...Sorry Billy lol. Billy teased me later by saying "Wear pants he said". Hey, I thought it might be cold up there :P

I did have trouble finding the place. It turns out the building moved, and I found the original building. I asked the lady at the car rental place "Is this where the flight company is?" She said something kinda funny where I had a Will Ferrell or comedy moment. She said "O, that is not in this building. This building is going to be demolished." I leaned in, whispered, and pointed with hands downward, and said "Right now?" She grinned.

We get to the building and a few others were arriving for the plane ride as well. at first I thought there was someone wearing Army, 101st airborne attair from ww2 as part of the flight. It turns out it was a young man who was just very into the time period.
This kid had everything, even the gloves! This was fantastic because I kept thinking how I was going to get classic looking photos, in 40's jump gear. I figured I would know what to do and just come back. This was perfect. I traded photos for a model ;) He and the family were happy to do so. #winwin 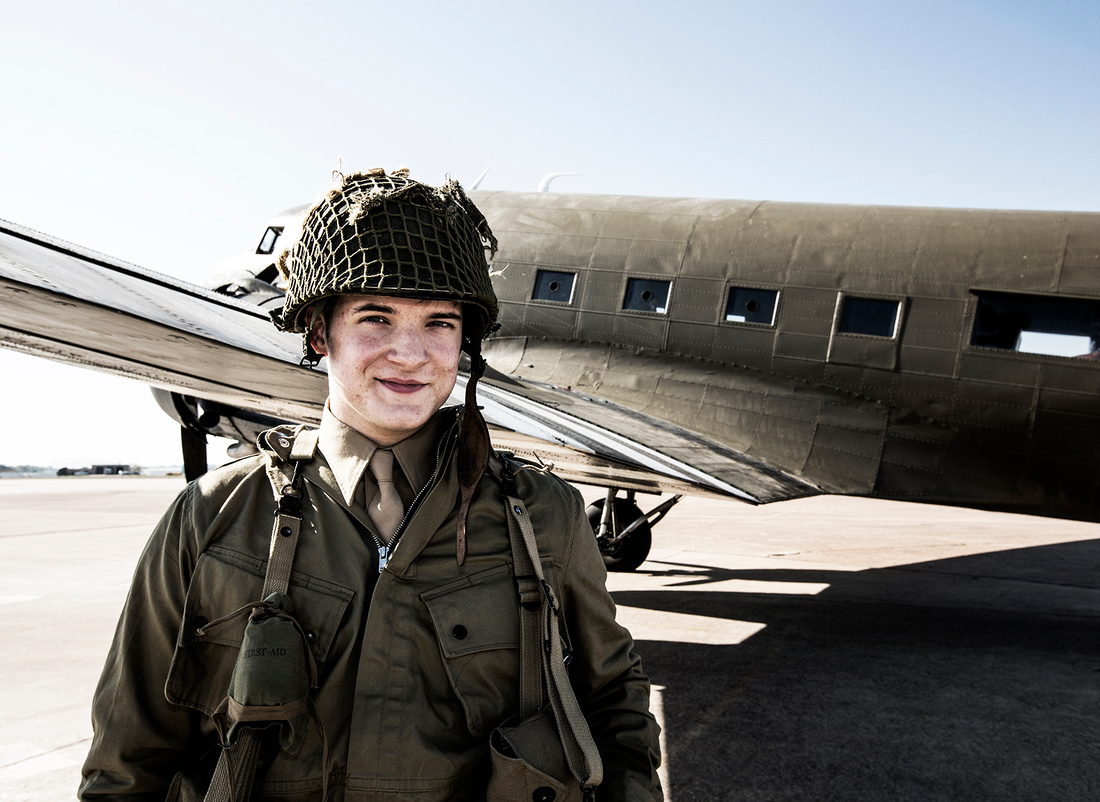 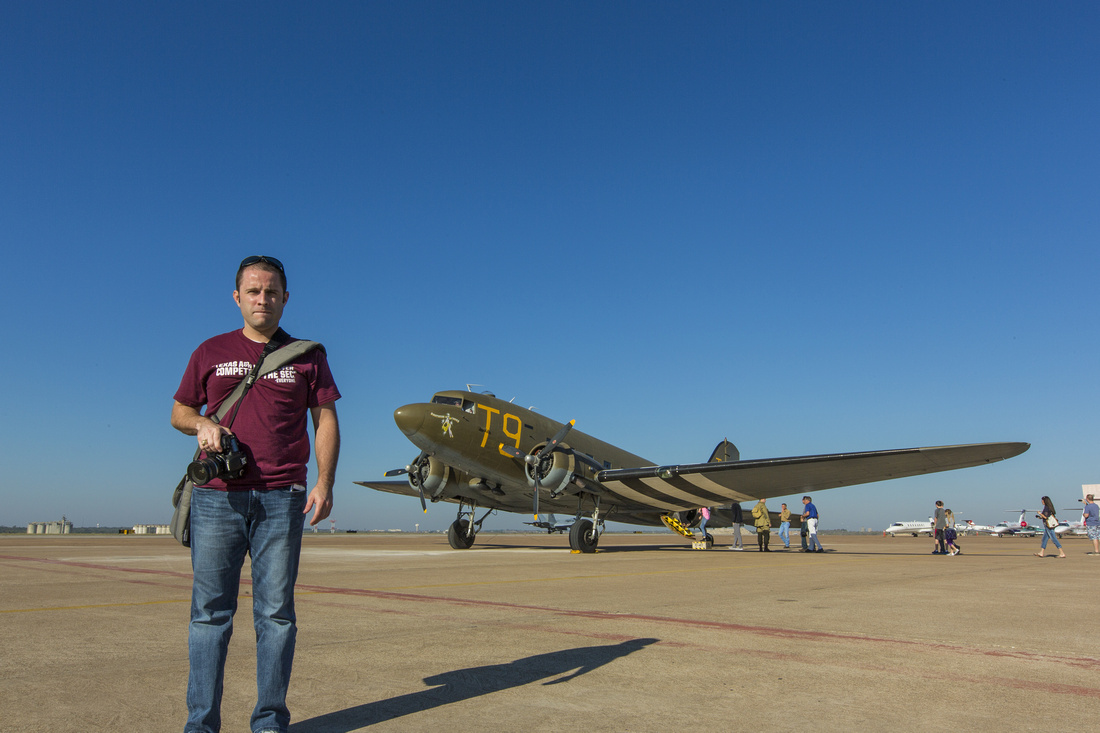 I wanted to get a few establishing shots, but I didn't realize we were about to have "5 Minutes" to take photos. That would be a New York 5mins 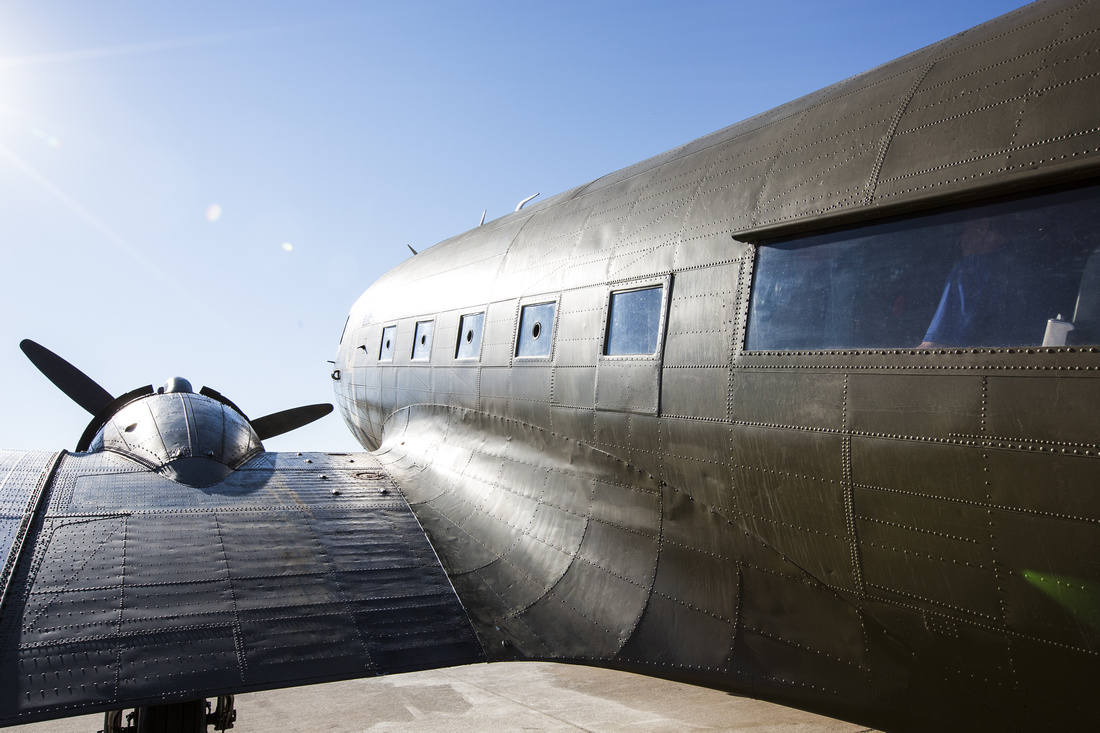 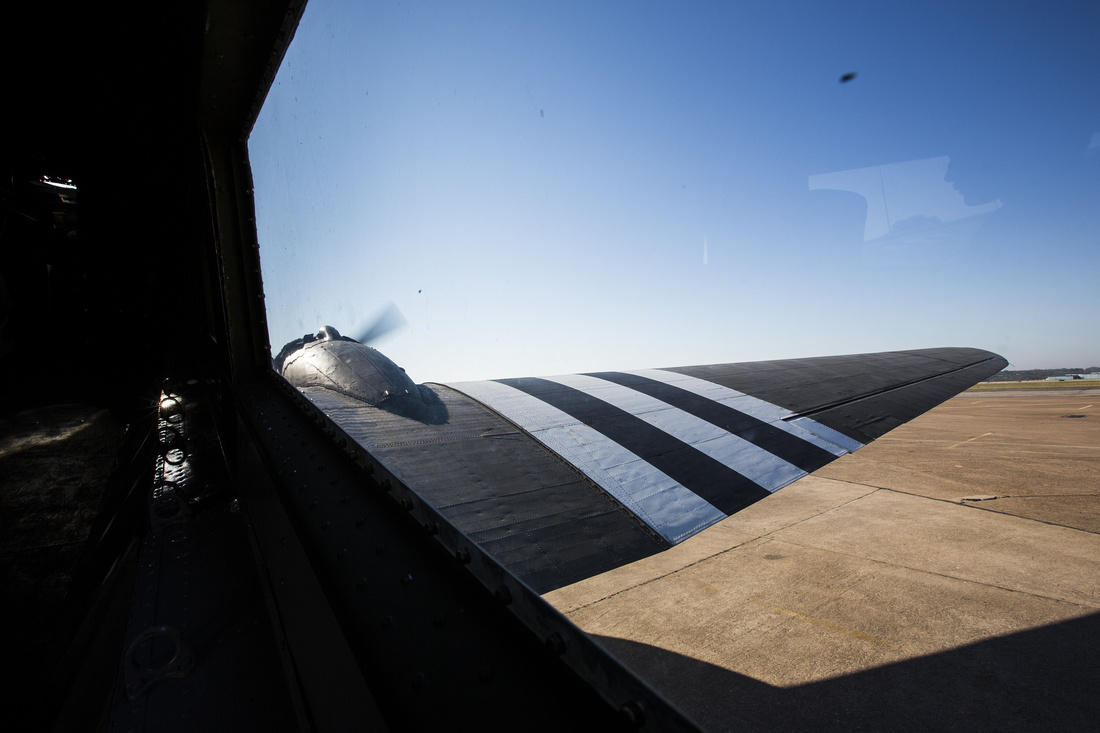 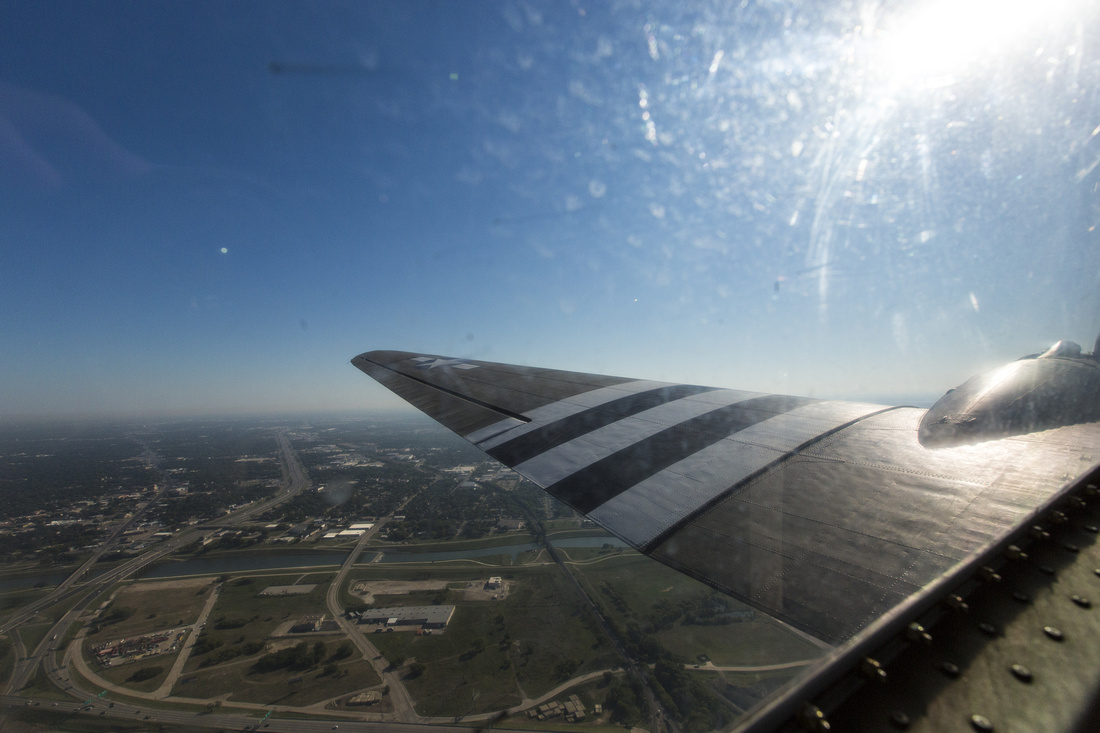 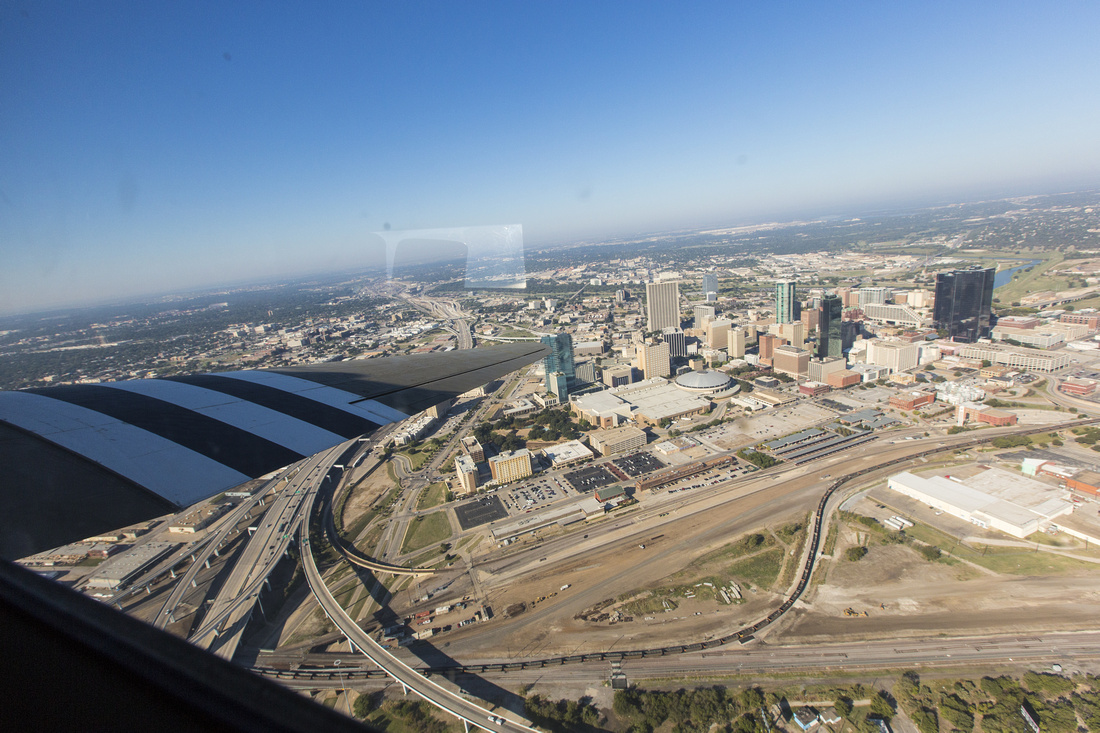 We saw a very pretty view of Fort Worth on a clear day. 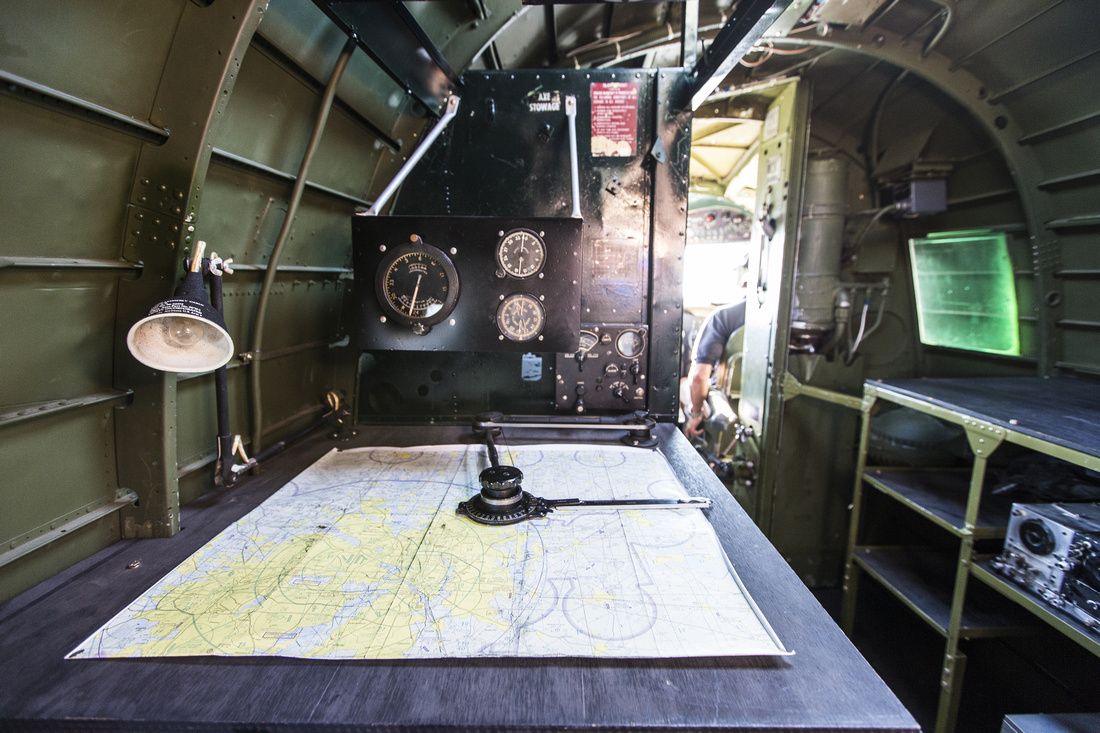 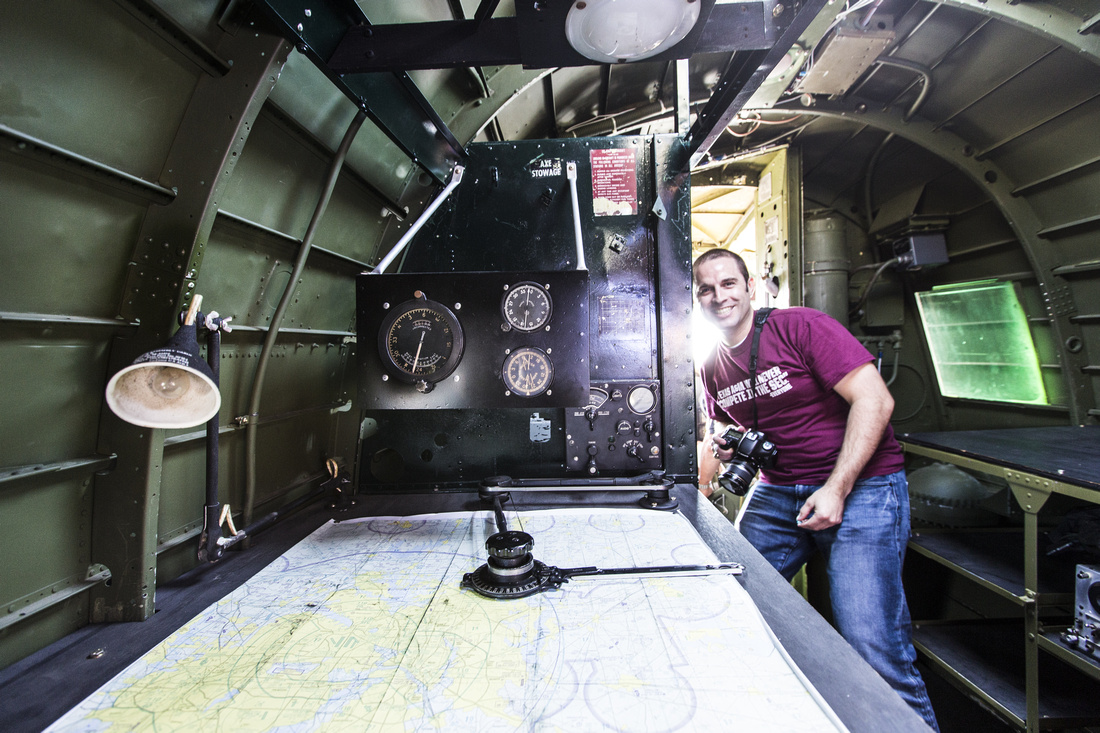 It was nice to be able to walk around and sit at the Navigation seat. 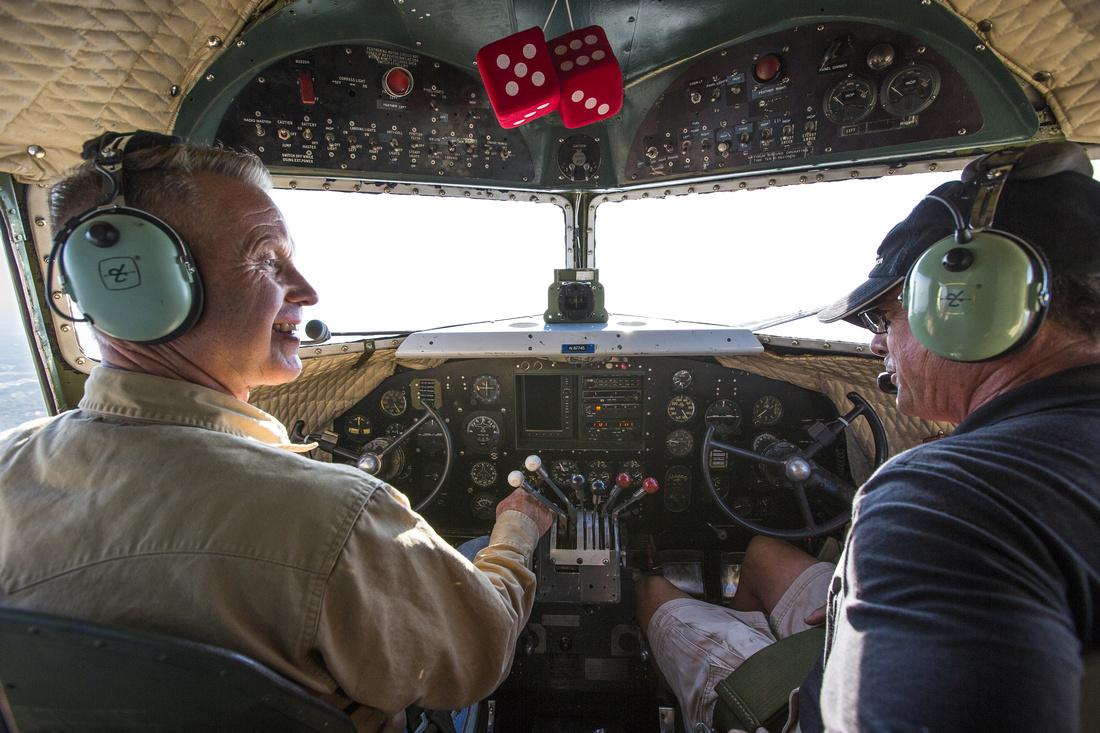 The pilots were having a fun time too. Who wouldn't be having a blast when you fly something 70 years old! 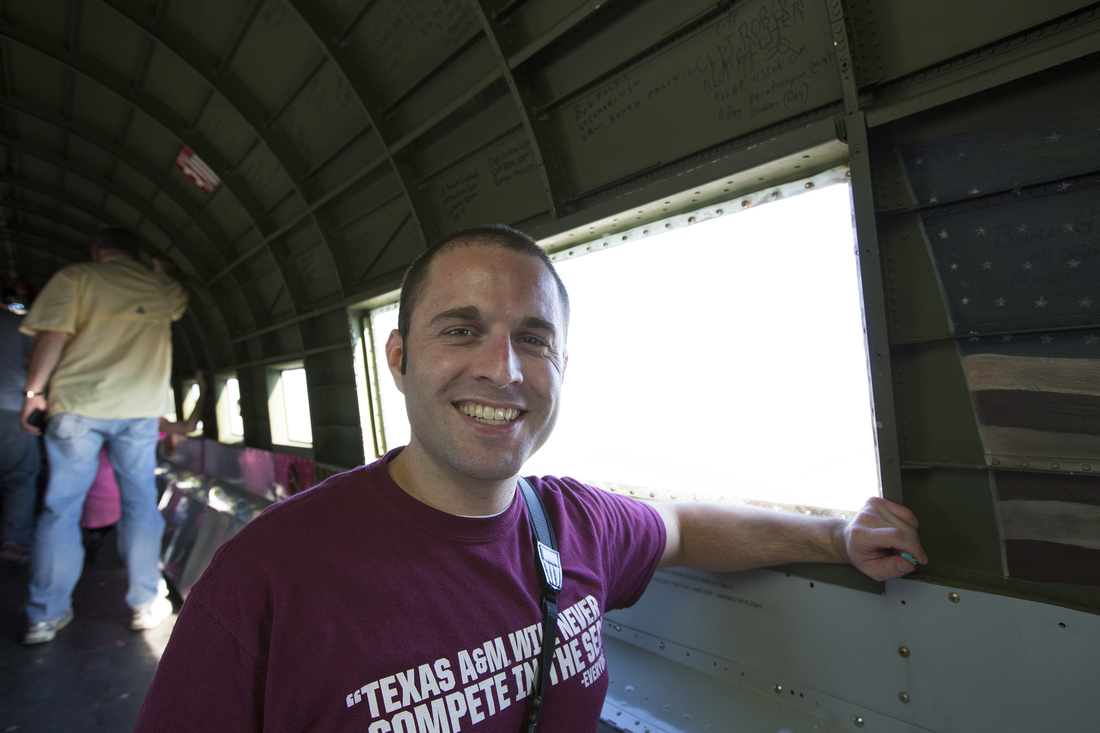 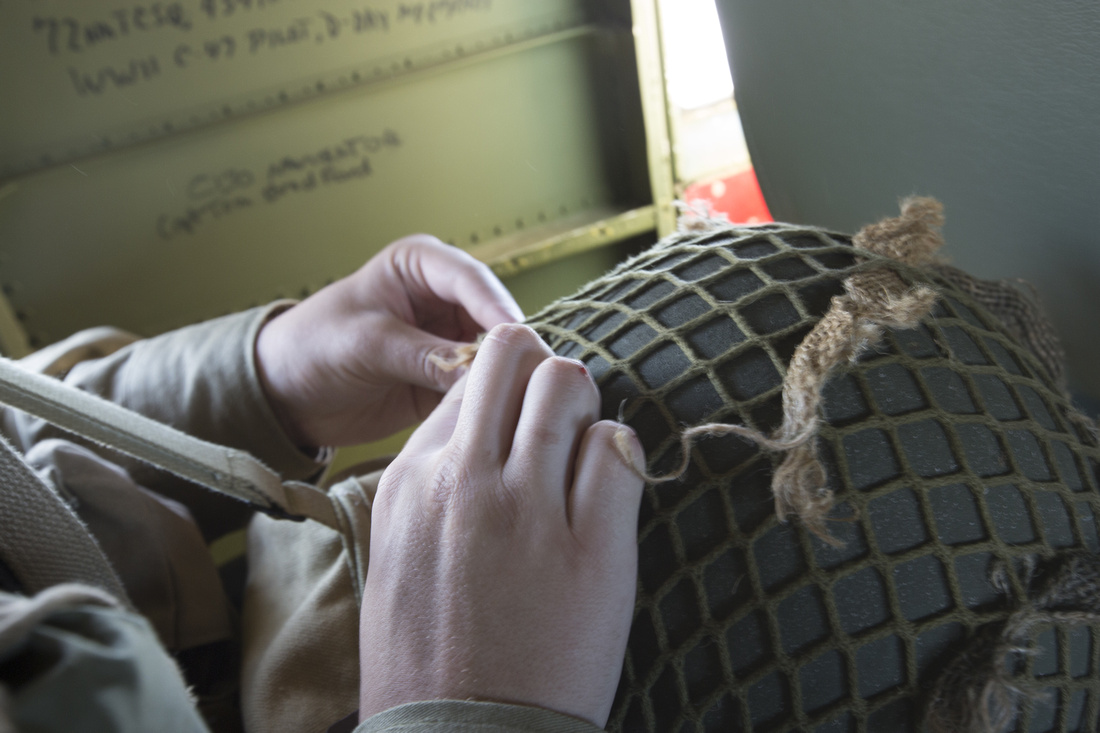 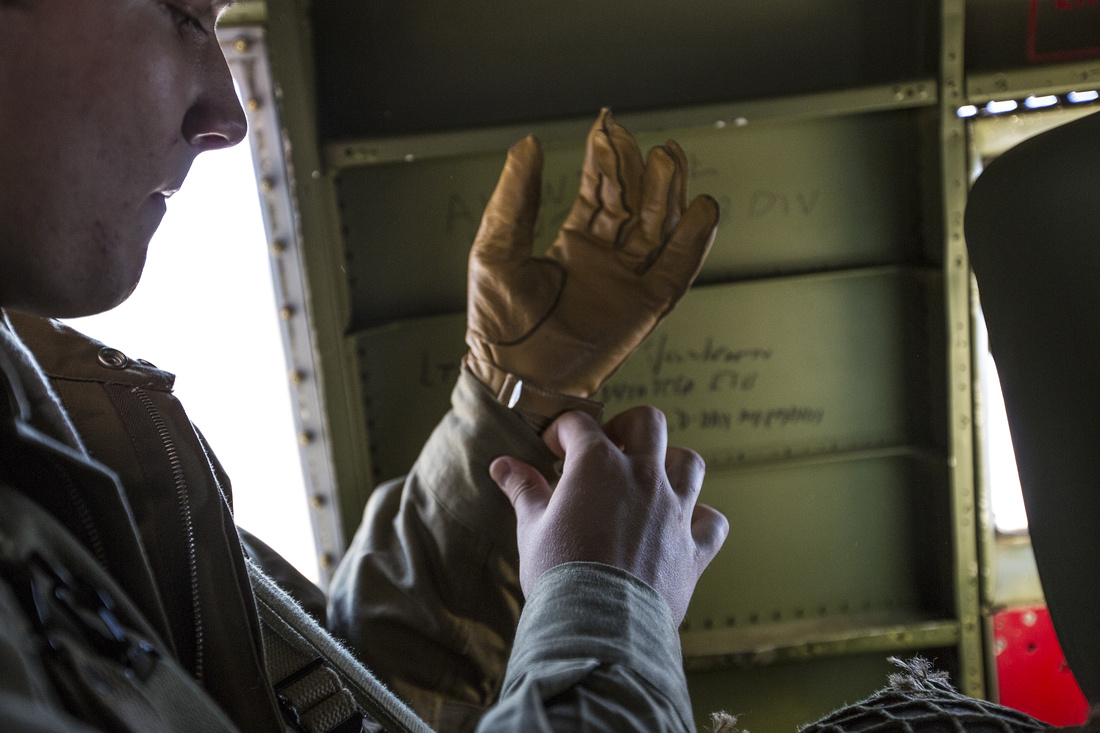 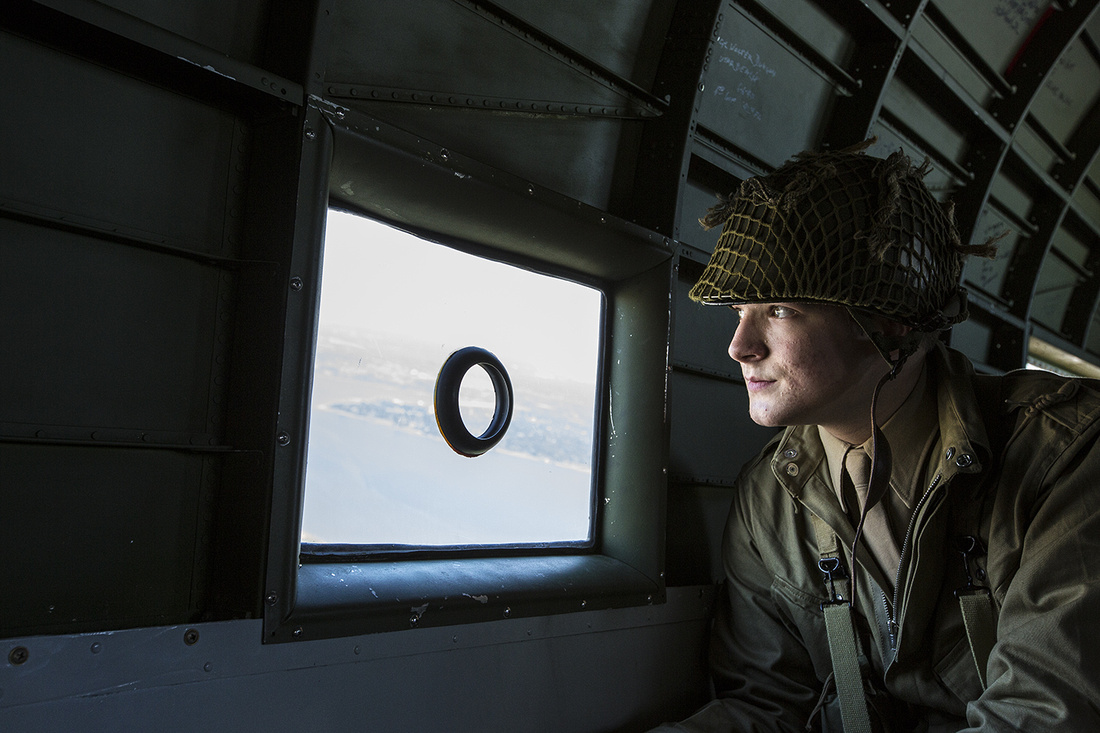 Took a few preliminary shots to get used to the camera. He did great. I had a shot in my mind of what I wanted. I had a flash, but I wanted the window to be the Key light and the fill from the other windows of the plane. I had in my mind the shot that I wanted - Right-thirds, looking out the window, thinking about the pending jump, seeing planes outisde, eitc. I realized we were over the water, which made it even better for something that may have looked like June 5th, 1944, England. I shot this around f6.3, 1/400/ 800iso
I didnt want to go any higher than that, in exposure, to reduce noise. *Note that there are times it is wise to shoot under exposed, in the shot, and then adjust in post to avoid loosing info in over exposed areas, especially without a tripod.*

Here is the shot I was happy with, featured here in Black and White: 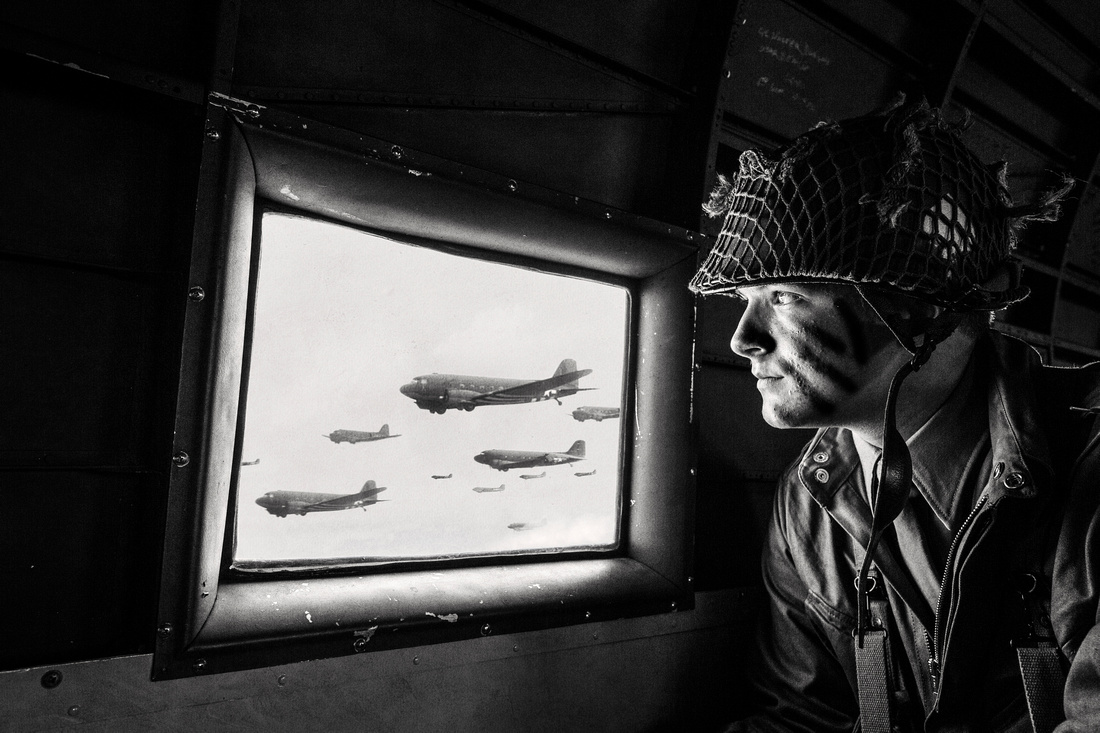 This shot was compiled in Photoshop after a series of adjustments to the RAW file, painting exposure values, and adding several elements: Face paint, planes, and even some clouds to give the other planes depth.

Here is simple breakdown VIDEO of the progress of this photo. Click Play on the image

After the flight, we headed over to a fantastic lunch at Joe T Garcia's....Man those Fajitas were tasty. Sitting there, Joe T's, we saw the C-47 take off for it's last flight for the day. Had to be there, but it was great to see. 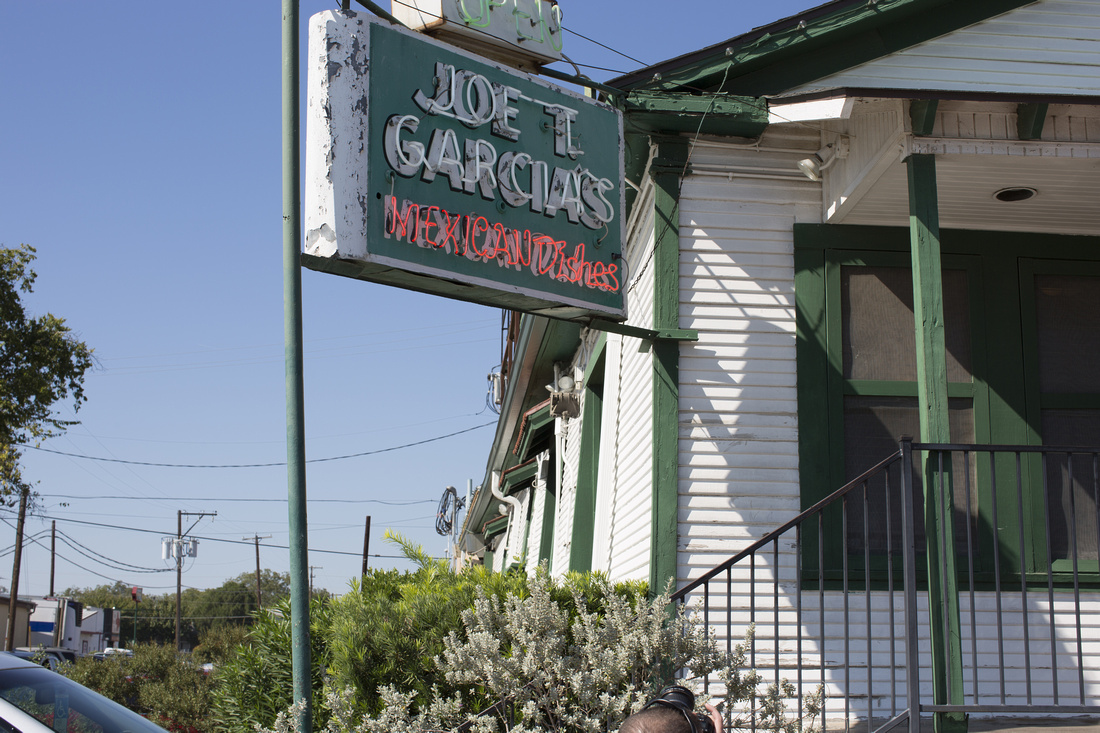 After that, we walked around the stockyards for a photo walk. 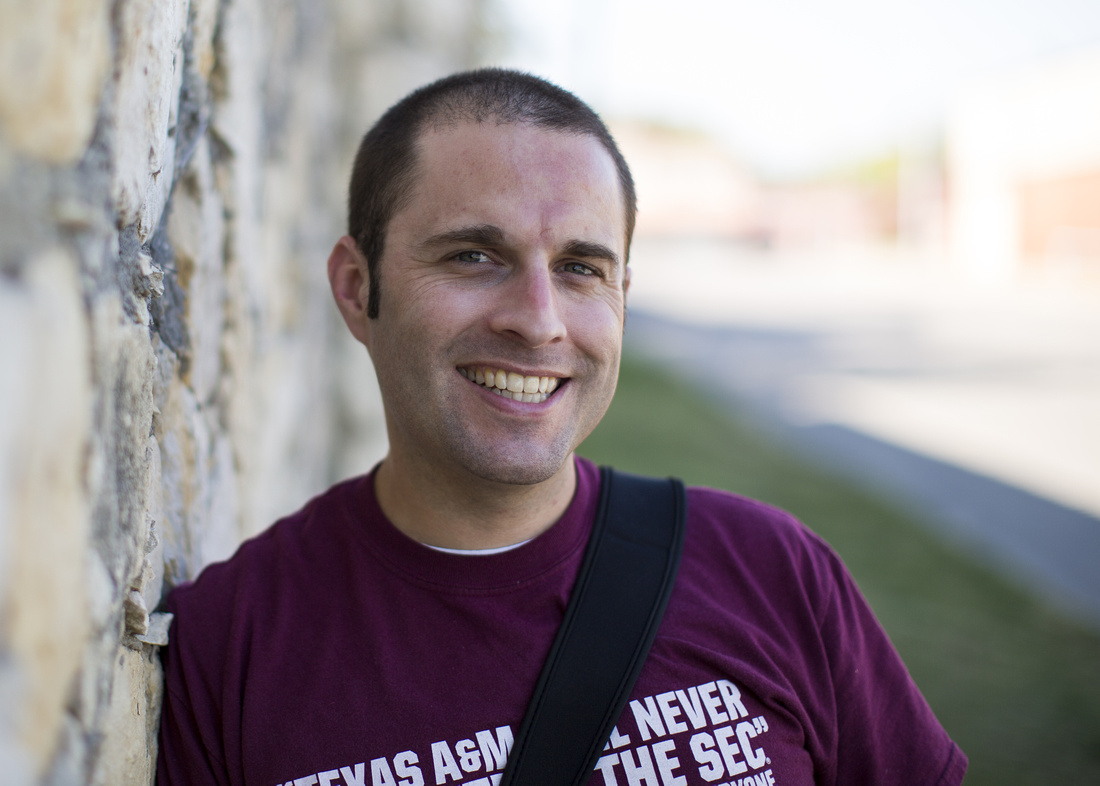 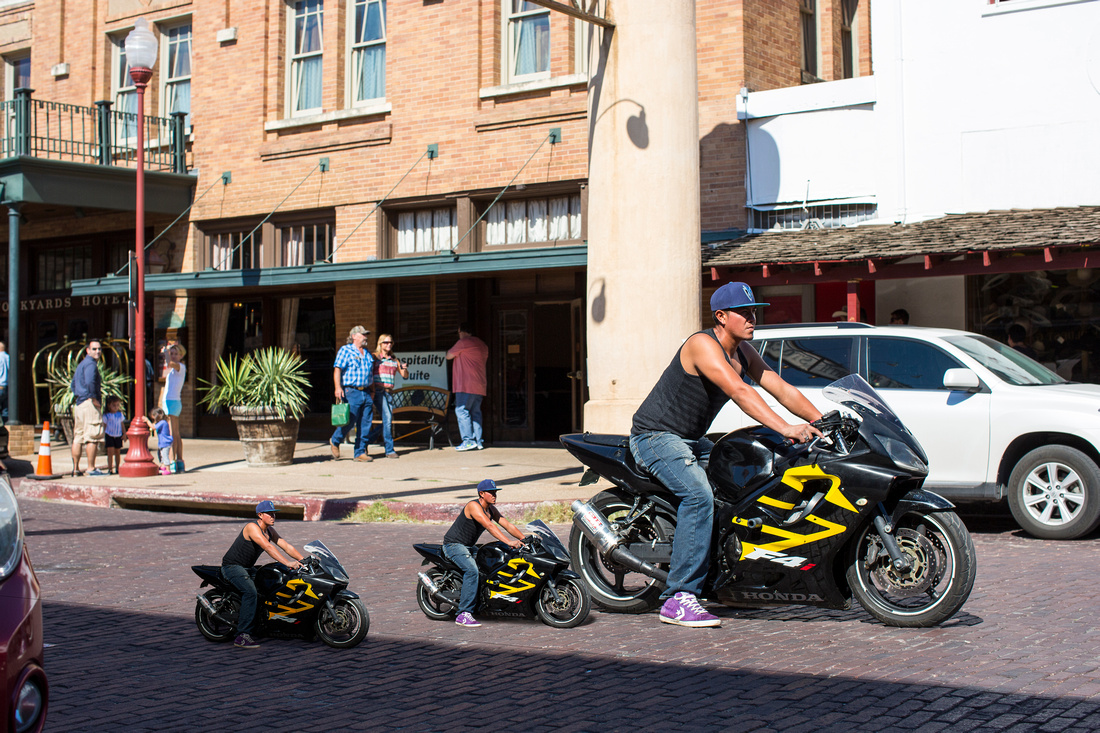 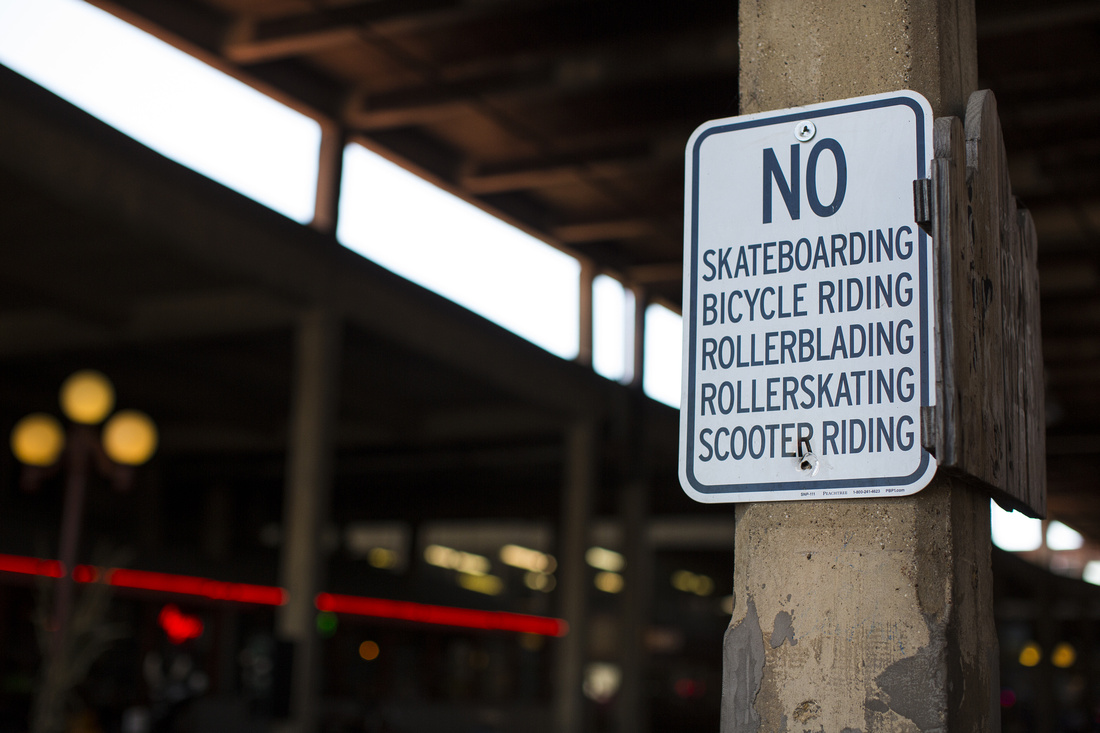 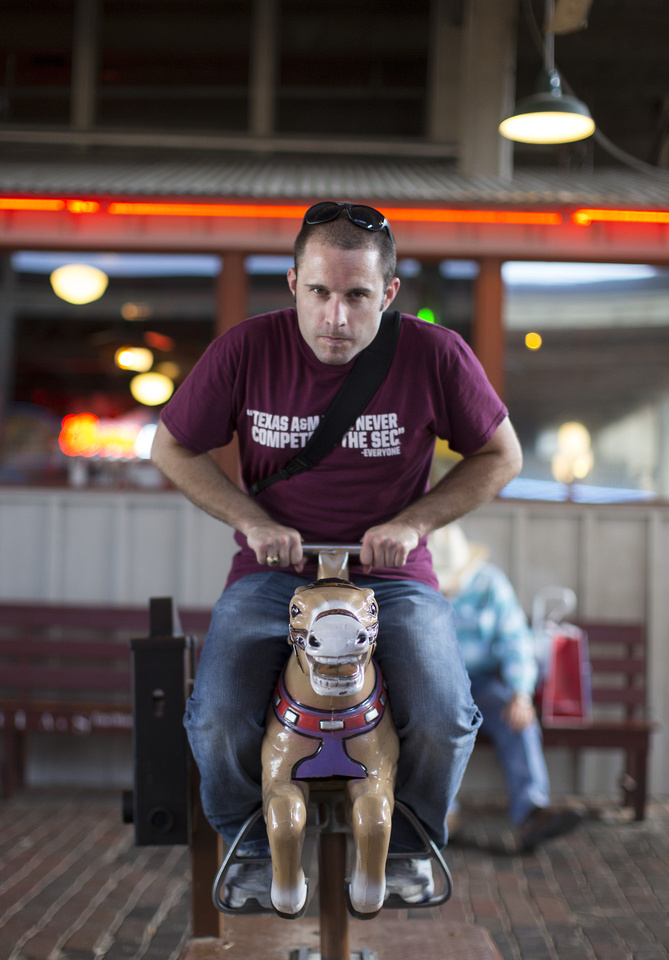 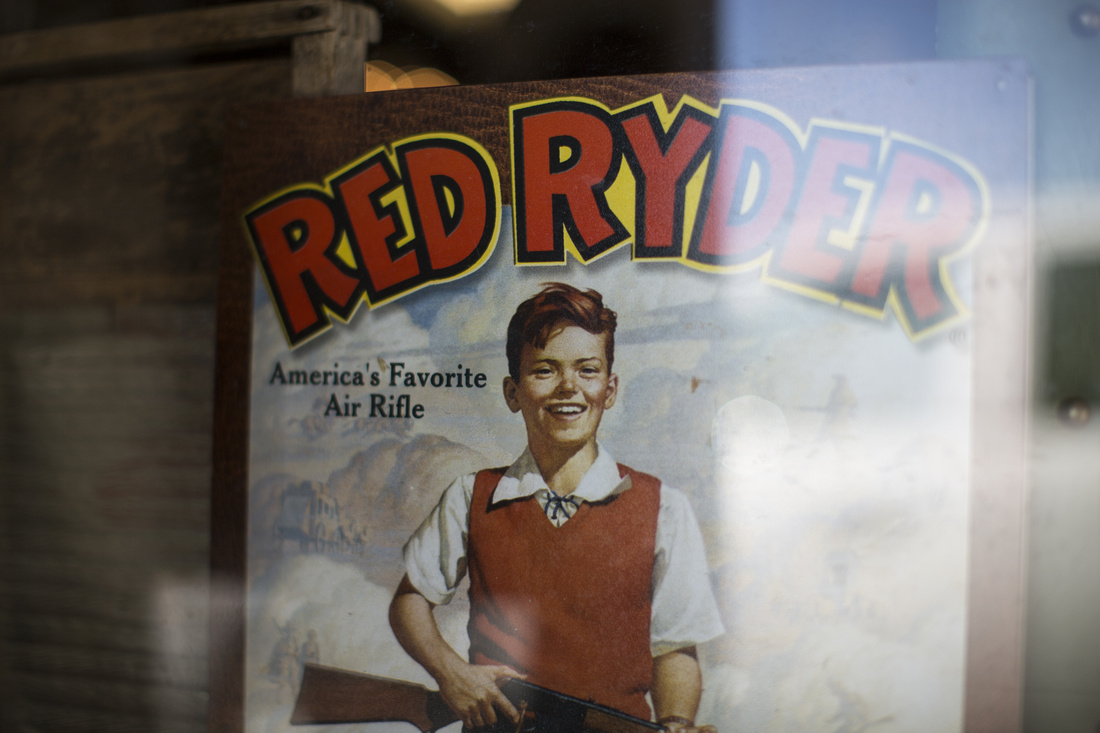 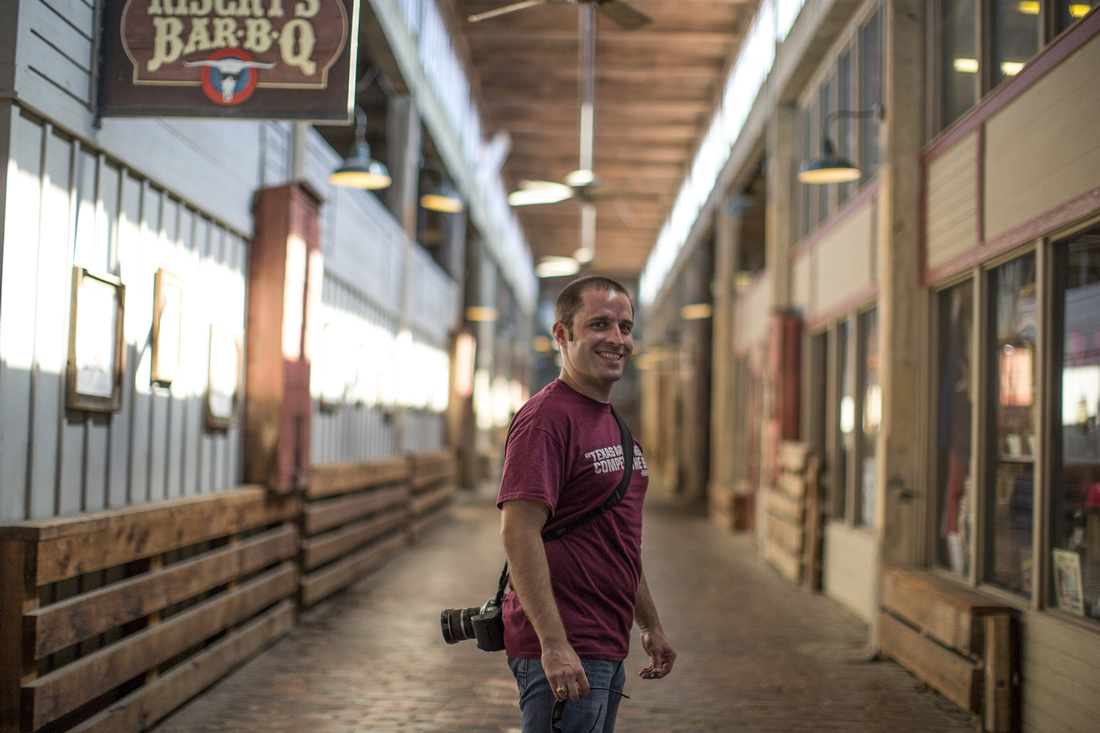